Empire in the Hills 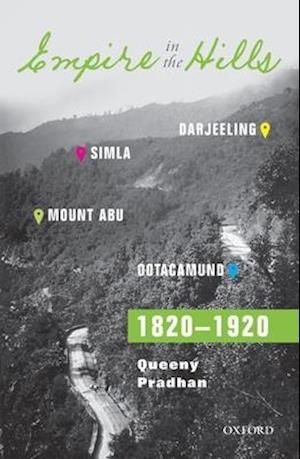 In the early phase of imperial domination, hill stations such as Simla, Darjeeling, Ootacamund, and Mount Abu were developed by the British to reflect a quintessentially European culture and ethos. Serving as recuperation sites for the sick and wounded, these hill spaces provided respite from the harsh climate of the plains. Adorned with sprawling bungalows and lush gardens, imposing churches and stately public buildings, the topography of such spaces was refashioned to reflect the multiple visions of this burgeoning empire.L Moving away from the history of the plains, in Empire in the Hills Pradhan lays bare the yet untold narrative of resistance of the hills people against British domination. The book focuses on the three-point agenda of the colonizers: erasing indigenous histories, marginalizing hill inhabitants, and foisting a culture of leisure. In doing so, it also dwells on the ways in which an exercise of benevolent paternalism was carried out to recast the hill communities vis-a-vis their usefulness to the colonial capitalist enterprise.Drawn from a vast repertoire of oral and archival sources, this work probes the linkages between empire, space, and culture as it positions the poignant presence of the locals and puts forth a telling narrative of their world view.

Forfattere
Bibliotekernes beskrivelse A large number of hill stations were developed by the British in the Indian colony and these were chosen as the summer capitals and seats of administrative authority of the Raj. This work looks at the way the Empire was built in the hills through the sites of the church, schools, and sport activities to imitate the lifestyle of the British. 27