Duffield, M: Empire, Development and Colonialism - The Past

- Duffield, M: Empire, Development and Colonialism - The Past 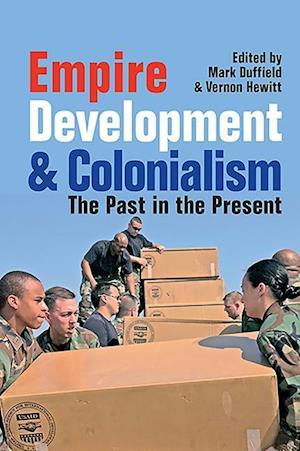 This collection explores the similarities, differences and overlaps between the contemporary debates on international development and humanitarian intervention and the historical artefacts and strategies of Empire. It includes views by historians and students of politics and development, drawing on a range of methodologies and approaches. The parallels between the language of nineteenth-century liberal imperialism and the humanitarian interventionism of the post-Cold War era are striking. The American military, both in Somalia in the early 1990s and in the aftermath the Iraq invasion, used ethnographic information compiled by British colonial administrators. Are these interconnections, which are capable of endless multiplication, accidental curiosities or more elemental? The contributors to this book articulate the belief that these comparisons are not just anecdotal but are analytically revealing. From the language of moral necessity and conviction, the design of specific aid packages; the devised forms of intervention and governmentality, through to the life-style, design and location of NGO encampments, the authors seek to account for the numerous and often striking parallels between contemporary international security, development and humanitarian intervention, and the logic of Empire. MARK DUFFIELD is Professor of Development Politics at the University of Bristol; VERNON HEWITT is Senior Lecturer in Politics at the University of Bristol Southern Africa (South Africa, Botswana, Lesotho, Swaziland, Zimbabwe and Namibia): HSRC Press