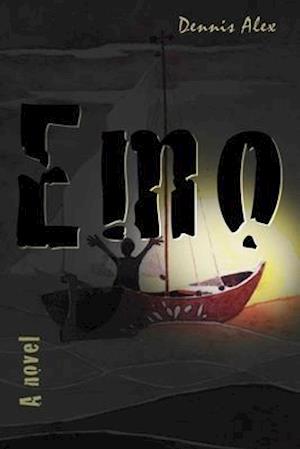 "Got a name ... "Well, he didn't have one...actually...he preferred to have none; since from the life so far, he knew crystal clear, the slightest hint of a name would make the world instantaneously sort him out into a certain ethnicity, faith, color and any or many of the self inflicted, scandalous, compartments of the human kind.To him, as it was in the beginning, the entire world was his home, its people, his family and its possessions, his most precious treasures. But since he had to have a name for this story, he named himself "Emo" for the intense emotional surges frequently billowed inside him. As soon as this narration is complete, he would still continue to exist, but without any name, as he desired to be.Things began to suddenly sprout up inside Emo and gently trickled out as he waits at a budget hotel, unemployed and hence destitute, imbibing every single bitter drop of it. Then the happenings augment in volume and gathers momentum as he hops desperately, from one place to another, in search of a livelihood.He plunges into the past, keenly observes the present and dreams about the future to keep himself in shape through the maddening moments of prolonged rummage for an income.Thus unwinds the twisted strands of secrets and memories, Emo had held deep inside for such a obnoxiously long time.