The Emergent Metaphysics in Plato's Theory of Disorder 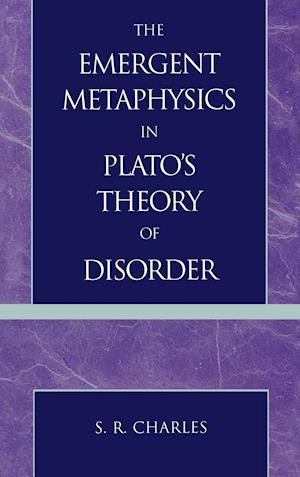 The Emergent Metaphysics in Plato's Theory of Disorder presents for the first time Plato's theory of disorder as it pertains to his understanding of powerful causal forces at work within and outwith the cosmos and the soul of man. Divided into two Parts and presenting passages in both Greek and English, Plato's cosmology, the Timaeus, and his chief theological work, Laws X, are discussed in detail. In the Timaeus 'Ananke' is introduced as one of two powerful primal causes, a disordering force second only to the 'Demiurgos,' an ordering power and 'father' of the universe. Ananke is presented as being responsible for the physical chaos that existed prior to the generation of the universe, as well as for any residual disorder left within the cosmos after its formation. However, later, in Laws X Plato hypothesizes a different sort of disordering power, a destructive force active long after the cosmos has been generated, a primal 'Soul' capable of endangering not just the physical universe, but also the soul of man. What ultimately arises from the juxtaposition of these two dialogues is a dynamic theory of disorder in which an epistemology is outlined, an ontology is given and from which, it is argued, a metaphysics of disorder emerges. Charles's work is a rich addition to the study of Plato and philosophy.