Emergence of the English Native Speaker

- A Chapter in Nineteenth-Century Linguistic Thought 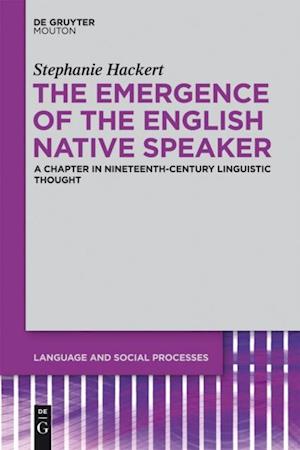 The native speaker is one of the central but at the same time most controversial concepts of modern linguistics. With regard to English, it became especially controversial with the rise of the so-called 'New Englishes,' where reality is much more complex than the neat distinction into native and non-native speakers would make us believe. This volume reconstructs the coming-into-being of the English native speaker in the second half of the nineteenth century in order to probe into the origins of the problems surrounding the concept today. A corpus of texts which includes not only the classics of the nineteenth-century linguistic literature but also numerous lesser-known articles from periodical journals of the time is investigated by means of historical discourse analysis in order to retrace the production and reproduction of this particularly important linguistic ideology.