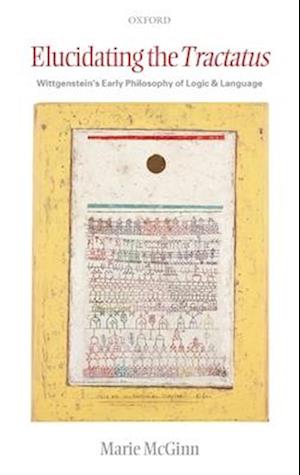 Discussion of Wittgenstein's Tractatus is currently dominated by two opposing interpretations of the work: a metaphysical or realist reading and the 'resolute' reading of Diamond and Conant. Marie McGinn's principal aim in this book is to develop an alternative interpretative line, which rejects the idea, central to the metaphysical reading, that Wittgenstein sets out to ground the logic of our language in features of an independently constituted reality,but which allows that he aims to provide positive philosophical insights into how language functions. McGinn takes as a guiding principle the idea that we should see Wittgenstein's early work as an attempt to eschew philosophical theory and to allow language itself to reveal how it functions. By this account, the aim of the work is to elucidate what language itself makes clear, namely, what is essential to its capacity to express thoughts that are true or false. However, the early Wittgenstein undertakes this descriptive project in the grip of a set of preconceptions concerning the essence oflanguage that determine both how he conceives the problem and the approach he takes to the task of clarification. Nevertheless, the Tractatus contains philosophical insights, achieved despite his early preconceptions, that form the foundation of his later philosophy. The anti-metaphysical interpretation that is presented includes a novel reading of the problematic opening sections of the Tractatus, in which the apparently metaphysical status of Wittgenstein's remarks is shown to be an illusion. The book includes a discussion of the philosophical background to the Tractatus, a comprehensive interpretation of Wittgenstein's early views of logic and language, and an interpretation of the remarks on solipsism. The final chapter is adiscussion of the relation between the early and the later philosophy that articulates the fundamental shift in Wittgenstein's approach to the task of understanding how language functions and reveal the still more fundamental continuity in his conception of his philosophical task.

Forfattere
Bibliotekernes beskrivelse Marie McGinn provides a clear, comprehensive, and original interpretation of Wittgenstein's Tractatus and of its relation to Wittgenstein's later work. The Tractatus is one of the most famous works of early analytic philosophy, the interpretation of which has always been a matter for controversy and is currently the focus for an important philosophical debate.