- Beyond the German Garden 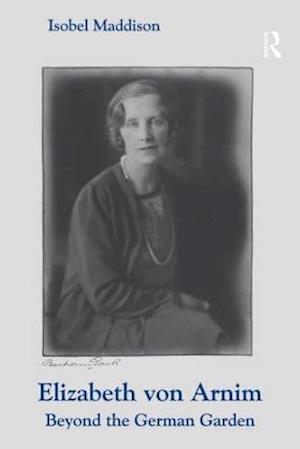 In the first book-length treatment of Elizabeth von Arnim's fiction, Isobel Maddison examines her work in its historical and intellectual contexts, demonstrating that von Arnim's fine comic writing and complex and compelling narrative style reward close analysis. Organised chronologically and thematically, Maddison's book is informed by unpublished material from the British and Huntington Libraries, including correspondence between von Arnim, her publishers and prominent contemporaries such as H.G. Wells, Bertrand Russell and her cousin Katherine Mansfield -- whose early modernist prose is seen as indebted to von Arnim's earlier literary influence. Maddison's exploration of the novelist's critical reception is situated within recent discussions of the 'middlebrow' and establishes von Arnim as a serious author among her intellectual milieu, countering the misinformed belief that the author of such novels as Elizabeth and Her German Garden, The Caravaners, The Pastor's Wife and Vera wrote light-hearted fiction removed from gritty reality. On the contrary, various strands of socialist thought and von Arnim's wider political beliefs establish her as a significant author of British anti-invasion literature while weighty social issues underpin much of her later writing.