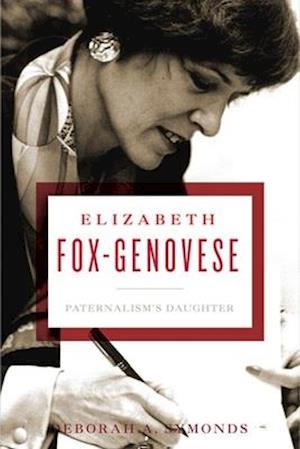 A celebrated historian and women's studies scholar, Elizabeth Fox-Genovese roiled both disciplines with her transition from Marxist-inclined feminist to conservative public intellectual. In the first major biography of this singular and controversial scholar, Deborah Symonds explores Fox-Genovese's enormous personal archive and traces Fox-Genovese's life from a brilliant girl in the World War II era struggling with demanding parents and anorexia to a woman intellectual in the later twentieth century and into the new millennium, providing an illuminating and moving psychological portrait. Never settled, Fox-Genovese was, by turns, a French historian, Marxist feminist, literary critic, southern historian, Red Tory, public intellectual, and conservative Catholic--but still, in her eyes, a feminist. This biography sheds new light on its subject's dynamic and intellectually productive marriage to leftist historian Eugene D. Genovese. In her provocative politics, which confront us still with the complexities of left and right, and her constant search for her place in the world, Fox-Genovese's story resonates more strongly than ever.