- The Surprising Science of Elephant Communication 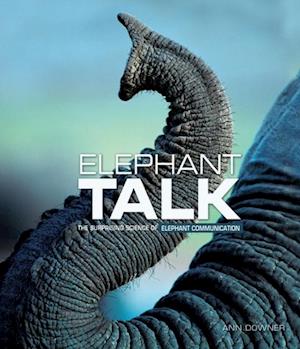 On a hot day in the African savannah, a group of elephants searches for food. While foraging they often lose sight of one another. Yet at the end of the day, in one coordinated movement, the elephants suddenly regroup. This coordinated movement-and others like it-has puzzled scientists and caused them to question how elephants communicate with each other.Since the 1990s, scientists have gathered significant data on elephant 'talk.' Biologists have determined that elephants use a complex system of communication of at least ten distinct sounds, combined in many variations. Researchers are now asking: what do these sounds mean?As scientists study the elephant sounds that humans can hear, they are also identifying ways elephants communicate through nonverbal behaviors and making sounds too low for human ears. Scientists have realized that elephants even receive messages by using their sensitive feet to feel vibrations in the ground. All of these discoveries are helping elephant researchers better understand elephant behavior. But the elephant's time as a wild animal is running out. Threatened by habitat loss and illegally hunted for their ivory tusks, elephants are on the brink of extinction. Will understanding elephant talk be the key to saving the species?