- The Politics of Transformation in Uganda 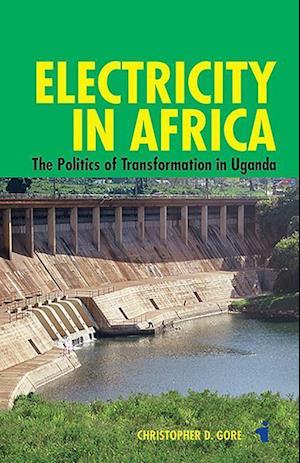 No country has managed to develop beyond a subsistence economy without ensuring at least minimum access to electricity for the majority of its population. Yet many sub-Saharan African countries struggle to meet demand. Why is this, and what can be done to reduce energy poverty and further Africa's development? Examining the politics and processes surrounding electricity infrastructure, provision and reform, the author provides an overview of historical andcontemporary debates about access in the sub-continent, and explores the shifting role and influence of national governments and of multilateral agencies in energy reform decisions. He describes a challenging political environment for electricity supply, with African governments becoming increasingly frustrated with the rules and the processes of multilateral donors. Civil society also began to question reform choices, and governments in turn looked to new development partners, such as China, to chart a fresh path of energy transformation. Drawing on over fifteen years of research on Uganda, which has one of the lowest levels of access to electricity in Africa and has struggled to construct several, large hydroelectric dams on the Nile, Gore argues that there is a critical need to recognize how the changing political and social context in African countries, and globally, has affected the capacity tofulfil national energy goals, minimize energy poverty and transform economies. Christopher Gore is Associate Professor, Department of Politics and Public Administration, Ryerson University, Toronto, Canada.OA EDITIONThis book has been made available as Open Access through the support of the Office of the Dean, Faculty of Arts, Ryerson University; Ryerson International; and the Department of Politics and Public Administration, Ryerson University.