- The Gold-mining Frontier, African Labor and Colonial Capitalism in the Gold Coast, 1875-1900 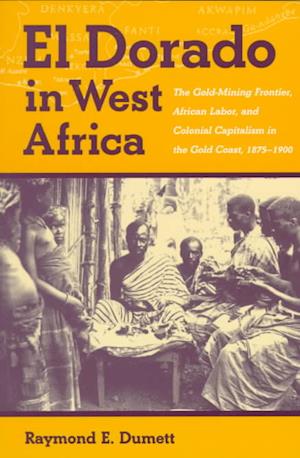 Gold mining occupies a central place in the economic evolution of Ghana. This text examines the period of transition from traditional mining systems to mechanized, capitalized mining companies in the Akan area of the Gold Coast. Looking at the role of African as well as European mining entrepreneurs, female as well as male mining labor, this study encompasses issues of gender, ethnicity, business organization, pressure groups and exploitation. The author seeks to reveal a new complexity in the economic and social history of mining in the late 19th century. In particular he concludes that it is in the individualization of land transfers to mining concessionaires, rather than in the mobilization of a permanent unskilled wage labor force, that the greatest impact on economic and social change can be measured. "Outstanding Academic Book" American Library Association, 1999 North America: Ohio U Press

Forfattere
Bibliotekernes beskrivelse Reveals the impact of European capitalism on an African society.