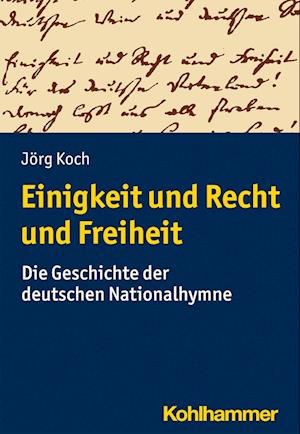 A tour through 200 years of German history indicates the extent to which the German national anthem has been influenced by different systems of government and thus by the spirit of the times, and the ways in which it has been used and misused as a national symbol. Jörg Koch offers a richly illustrated survey of the origins of the ?Deutschlandlied=, showing how it succeeded in establishing itself over other anthems from the end of the 19th century and the fortunes that have befallen it since it was proclaimed as the national anthem in 1922. Providing plenty of background information, the book is also dedicated to the anthem=s author, August Heinrich Hoffmann von Fallersleben; the composer of the melody, Joseph Haydn; and to the national anthem of the German Democratic Republic, which is also part of the eventful history of the German national anthem.