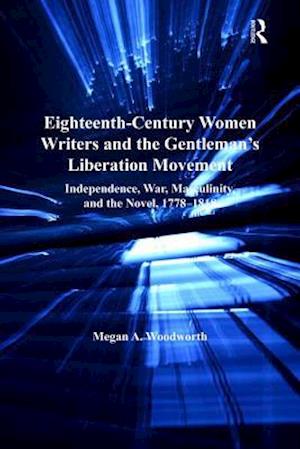 In the late eighteenth-century English novel, the question of feminism has usually been explored with respect to how women writers treat their heroines and how they engage with contemporary political debates, particularly those relating to the French Revolution. Megan Woodworth argues that women writers' ideas about their own liberty are also present in their treatment of male characters. In positing a 'Gentleman's Liberation Movement,' she suggests that Frances Burney, Charlotte Smith, Jane West, Maria Edgeworth, and Jane Austen all used their creative powers to liberate men from the very institutions and ideas about power, society, and gender that promote the subjection of women. Their writing juxtaposes the role of women in the private spheres with men's engagement in political structures and successive wars for independence (the American Revolution, the French Revolution, and the Napoleonic Wars). The failures associated with fighting these wars and the ideological debates surrounding them made plain, at least to these women writers, that in denying the universality of these natural freedoms, their liberating effects would be severely compromised. Thus, to win the same rights for which men fought, women writers sought to remake men as individuals freed from the tyranny of their patriarchal inheritance.