Eighteenth-Century Novel and the Secularization of Ethics 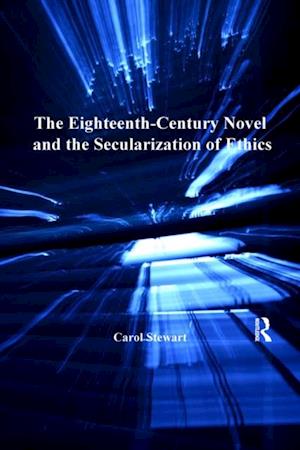 Linking the decline in Church authority in the late seventeenth and early eighteenth centuries with the increasing respectability of fiction, Carol Stewart provides a new perspective on the rise of the novel. The resulting readings of novels by authors such as Samuel Richardson, Sarah Fielding, Frances Sheridan, Charlotte Lennox, Tobias Smollett, Laurence Sterne, William Godwin, and Jane Austen trace the translation of ethical debate into secular and gendered terms. Stewart argues that the seventeenth-century debate about ethics that divided Latitudinarians and Calvinists found its way into novels of the eighteenth century. Her book explores the growing belief that novels could do the work of moral reform more effectively than the Anglican Church, with attention to related developments, including the promulgation of Anglican ethics in novels as a response to challenges to Anglican practice and authority. An increasingly legitimate genre, she argues, offered a forum both for investigating the situation of women and challenging patriarchal authority, and for challenging the dominant political ideology.