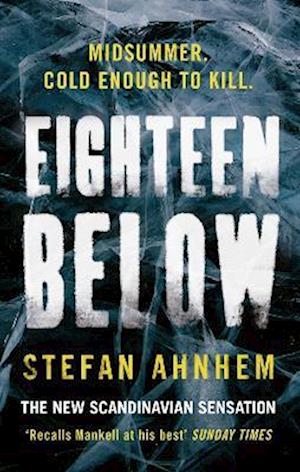 The epic sequel to Victim Without a Face. ON A HOT SUMMER'S DAY. A car speeds through the streets of Helsingborg. When it reaches the harbour, the driver keeps going, straight into the cold, dark sea. A BODY IN THE WATER. But it is not a suicide. The autopsy reveals that this man has been dead for some time. He was murdered two months ago, and his body has been deep frozen. TURNS EVERTHING COLDER. As more bodies are discovered, Fabian Risk must hunt a killer with a mission: to preserve his victims, and create the perfect death... REVIEWS FOR STEFAN AHNHEM: 'Atmospheric and complicated [...] with great cop characters and some imaginatively grisly perps' Sunday Times (star pick). 'More gripping than Jo Nesbo, blacker than Stieg Larsson and more bleakly human than Henning Mankell' Tony Parsons. 'Epic in scale and ambition' Daily Mail. 'An intense journey, with an intricate plot ... Ahnhem has mastered atmosphere, pacing and intrigue' Crime Review. 'Masterly plotting, grisly murders and chilling suspense: Stefan Ahnhem keeps the threads of this complex, two-country narrative pulled tense' Better Reading.

Forfattere
Bibliotekernes beskrivelse The police chase a speeding car through the streets of Helsingborg, but when they reach the quay, the driver keeps going, straight into the water. But this is not a suicide...