- Against the National Interest 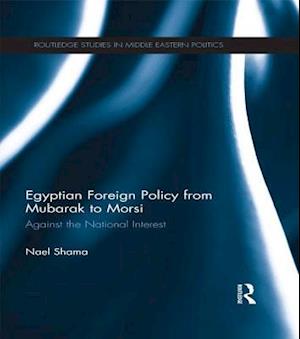 Egyptian Foreign Policy from Mubarak to Morsi explores an area rarely touched upon by researchers, the relationship between regime security and the national interest. Concentrating on Egyptian foreign policy under President Hosni Mubarak, this book analyses how it was used to bolster his internal hold on power.In considering Egyptian foreign policy, two central case studies are examined. Firstly, Egypt's reluctance to re-establish diplomatic ties with Iran, and secondly, Egypt's response to the efforts of the Bush administration in promoting political reform in the Middle East. When examining these case studies the impact of different societal factors on decision-making is taken into consideration, highlighting the role of business groups and the security apparatus in foreign policy decision-making. Concluding with a discussion of Egypt's foreign policy in the first year of Mohamed Morsi's rule, and arguing that it has departed little from Mubarak's policy, this book is a vital resource for anyone interested in contemporary Egyptian politics, Middle East Studies and International Relations more broadly.