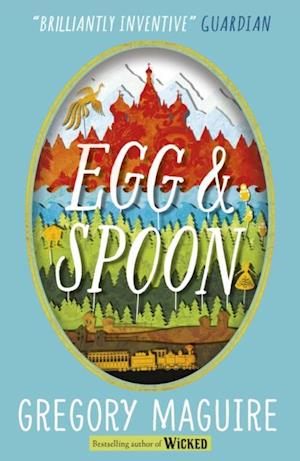 Interfacing PIC Microcontrollers, 2nd Edition is a great introductory text for those starting out in this field and as a source reference for more experienced engineers. Martin Bates has drawn upon 20 years of experience of teaching microprocessor systems to produce a book containing an excellent balance of theory and practice with numerous working examples throughout. It provides comprehensive coverage of basic microcontroller system interfacing using the latest interactive software, Proteus VSM, which allows real-time simulation of microcontroller based designs and supports the development of new applications from initial concept to final testing and deployment.Master storyteller Gregory Maguire spins a magical and mesmerizing adventure set in Tsarist Russia.Gregory Maguire, bestselling author of Wicked, combines fairy tale and folklore in this irreverent re-imagining of the classic story of mistaken identity -- The Prince and the Pauper. Described by School Library Journal as "a beautiful reminder that fairy tales are at their best when they illuminate the precarious balance between lighthearted childhood and the darkness and danger of adulthood", this book will appeal to readers both young and old.Elena Rudina lives in the impoverished Russian countryside. Her father is dead and her mother dying, while her brother has been conscripted into the Tsar's army. Elena's future is as bleak as the wastelands surrounding her village of Miersk. That is until the night of a freak storm when a majestic steam train is forced to stop at the village's abandoned station. The train carries a fabulous Faberge egg and Ekaterina, a girl whose fate is now entwined with Elena's. When their lives collide, a complex, funny and engrossing adventure begins. An adventure that features the mythical Firebird, a prince travelling incognito, the awesome city of Saint Petersburg, the glacial lands of the north, and - in a starring role - Baba Yaga, the enigmatic witch of Russian folklore, and her shapeshifting house, Dumb Doma, perched on chicken legs.