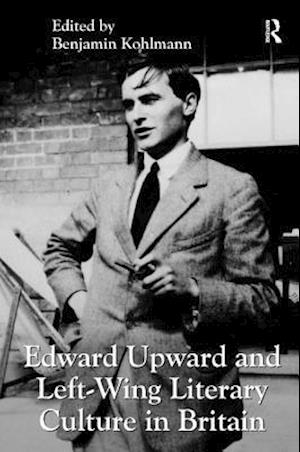 Offering the first book-length consideration of Edward Upward (1903-2009), one of the major British left-wing writers, this collection positions his life and works in the changing artistic, social and political contexts of the twentieth and early twenty-first centuries. Upward's fiction and non-fiction, from the 1920s onwards, illustrate the thematic and formal richness of left-wing writing during the twentieth-century age of extremes. At the same time, Upward's work shows the inherent tensions of a life committed at once to writing and to politics. The full range of Upward's work and a wealth of unpublished materials are examined, including his early fantastic stories of the 1920s, his Marxist fiction of the 1930s, the extraordinary semi-autobiographical trilogy The Spiral Ascent and his formally and thematically innovative later stories. The essays collected here reevaluate Upward's central place in twentieth-century British literary culture and assess his legacy for the twenty-first century.

Forfattere
Bibliotekernes beskrivelse The first book-length consideration of one of the major British left-wing writers of the twentieth century, this collection positions the life and works of Edward Upward (1903-2009) in the changing artistic, political and social contexts of the last century. The contributors examine the full range of Upward's work.