Edward Said's Rhetoric of the Secular 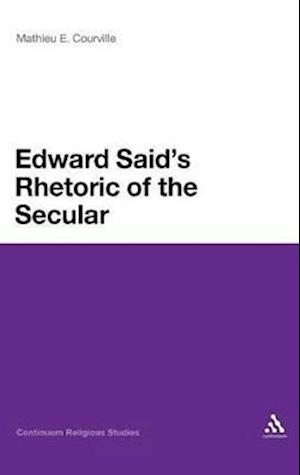 " Edward Said's Rhetoric of the Secular provides an important new reading of Edward W. Said's work, emphasizing not only the distinction but also the fuzzy borders between representations of 'the religious' and 'the secular' found within and throughout his oeuvre and at the core of some of his most customary rhetorical strategies. Mathieu Courville begins by examining Said's own reflections on his life, before moving on to key debates about Said's work within Religious Studies and Middle Eastern Studies, and his relationship to French critical theorists. Through close attention to Said's use of the literal and the figurative when dealing with religious, national and cultural matters, Courville discerns a pattern that illuminates what Said means by secular. Said's work shows that the secular is not the utter opposite of religion in the modern globalized world, but may exist in a productive tension with it. "