- A Family Struggle against an Excluding School 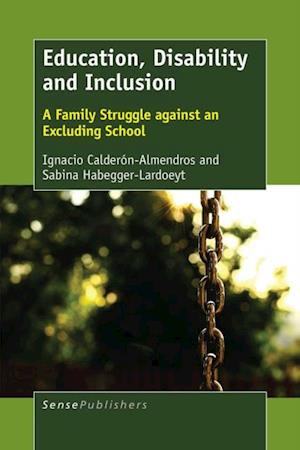 The book describes the experience of Rafael Calderon-Almendros (the first person with Down syndrome to obtain a professional music degree in Spain) and his family. A confrontation arose with his school at the end of his compulsory secondary education stage. After Rafael had been a student in the centre from the start of his education, the institution lost its vision and denied the student his rights. The school used concealed segregation strategies, legitimized by the institution and its professionals, which were almost insurmountable. However, Rafael's family embarked on a process of Action Research, began to fight for the recognition of the right for all students to obtain a formal education. This research shows how critical analyses were born from the experiences of a representative of one of the most disadvantaged groups (disabled people), which have been rigorously recorded and evidenced. From an inclusive, engaged and radical perspective, the text presents a solid case of someone outside the able-dominated average completing his education to a high professional standard. His success is endorsed by subsequent events: Rafael passed his compulsory secondary education, the equivalent of the English Baccalaureate and his Elementary and Professional Grades of Music (ten years). He obtained the Gold Medal of Merit in Education of Andalusia and the World Down Syndrome Day Award. He was admitted to the prestigious Academy of Orchestral Studies Barenboim-Said. Rafael has nothing else to prove. Today, his example challenges many of the usual school practices and urges us to rethink the commitment of educators in stimulating the participation of the entire school community, in promoting student autonomy and the recognition of others in their human and social rights. English translation provided by Baker & McKenzie Barcelona, S.L.P. (http://www.bakermckenzie.com/Spain/Barcelona/) and Julian Thomas (www.textos-academicos.com).