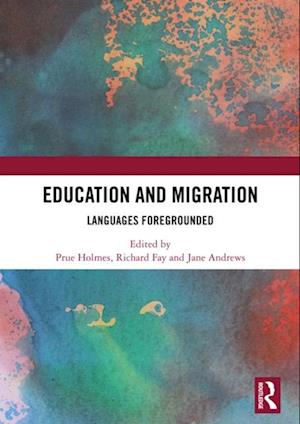 From an international, research-led perspective, this book explores how languages are foregrounded in education in different countries and educational sectors, and among different groups of people in contexts of migration. It is concerned with the movement of people and their languages as they migrate across borders, and as languages-and their speakers-are under threat, pressure and pain, even to the point of being silenced.The contributors explore the multilingual possibilities and opportunities that these situations present. For example: where children's education is neglected because of displacement or exclusion; or in classrooms where teachers and educational leaders seek to meet the needs of all learners, including those who are new citizens, refugees, or asylum seekers. Together, the findings and conclusions emerging from these studies open up a timely space for interdisciplinary, inter-practitioner, and comparative researcher dialogue concerning languages and intercultural education in times of migration.Originating from an Arts and Humanities Research Council funded project 'Researching multilingually at the borders of language, the body, law and the state', this book provides readers with a natural impetus for exploring how languages and their speakers create new imaginaries and new possibilities in educational contexts and communities, as people engage with one another in and through these languages. This book was originally published as a special issue of Language and Intercultural Communication.