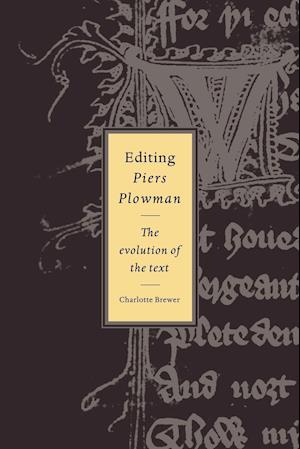 The fifty-plus extant manuscripts of Piers Plowman have always posed a puzzle to editors and readers. This 1996 book is an account of the editions of the poem which have appeared since 1550, when it was first published by the protestant reformer Robert Crowley. It examines the circumstances in which the editions were produced, the lives and intellectual motivations of the editors, and the relationship between one edition and the next. Brewer places the work of W. W. Skeat at the centre of Piers Plowman editing, showing how he towered above his predecessors and determined the path subsequently taken by editors of the poem, and presents much new biographical information about this extraordinary man. She uses a wide range of published and previously unpublished material to explain the difficulties of editing and to shed light on attempts to crack one of the major editorial conundrums in medieval studies.