Edinburgh History of Scottish Literature: From Columba to the Union (until 1707) 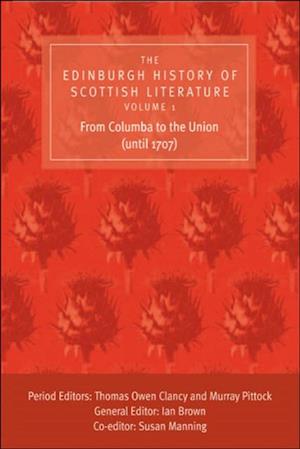 The History begins with the first full-scale critical consideration of Scotland's earliest literature, drawn from the diverse cultures and languages of its early peoples. The first volume covers the literature produced during the medieval and early modern period in Scotland, surveying the riches of Scottish work in Gaelic, Welsh, Old Norse, Old English and Old French, as well as in Latin and Scots. New scholarship is brought to bear, not only on imaginative literature, but also law, politics, theology and philosophy, all placed in the context of the evolution of Scotland's geography, history, languages and material cultures from our earliest times up to 1707.