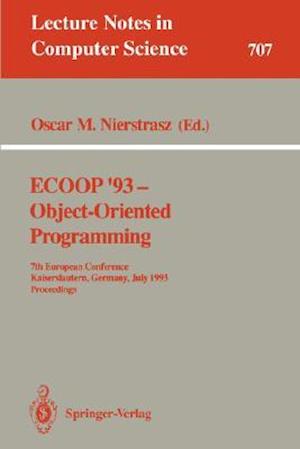 It is now more than twenty-five years since object-oriented programming was "inve- ed" (actually, more than thirty years since work on Simula started), but, by all accounts, it would appear as if object-oriented technology has only been "discovered" in the past ten years! When the first European Conference on Object-Oriented Programming was held in Paris in 1987, I think it was generally assumed that Object-Oriented Progr- ming, like Structured Programming, would quickly enter the vernacular, and that a c- ference on the subject would rapidly become superfluous. On the contrary, the range and impact of object-oriented approaches and methods continues to expand, and, - spite the inevitable oversell and hype, object-oriented technology has reached a level of scientific maturity that few could have foreseen ten years ago. Object-oriented technology also cuts across scientific cultural boundaries like p- haps no other field of computer science, as object-oriented concepts can be applied to virtually all the other areas and affect virtually all aspects of the software life cycle. (So, in retrospect, emphasizing just Programming in the name of the conference was perhaps somewhat short-sighted, but at least the acronym is pronounceable and easy to rem- ber!) This year's ECOOP attracted 146 submissions from around the world - making the selection process even tougher than usual. The selected papers range in topic from programming language and database issues to analysis and design and reuse, and from experience reports to theoretical contributions.