indgår i serie Regions and Regionalism in History 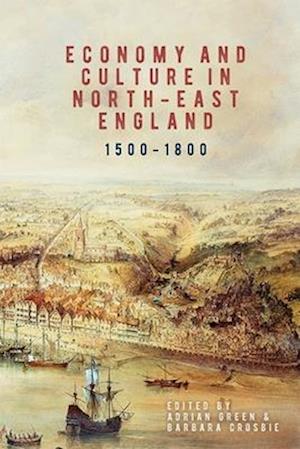 Historians increasingly emphasise that, in order to understand the industrial revolution fully as an economic, social and political process, the subject is best viewed from a regional, rather than a national, perspective. This book applies such an approach to the north-east of England in the early modern period, when, it is argued, the region experienced an early industrial revolution. Putting forward several new research findings and much new thinking, and covering many aspects of the economy of north-east England in the period, the book shows how rich and varied it was, and how vital the interplay of social, political and cultural forces was for industrial development. The book demonstrates that the economy of north-east England was not dominated by coal alone, and that previous historians' focus on 'the working class' misrepresents the full complexities of society in the period. Overall, the book has much to offer economic and social historians and historians of regional development generally, not just those interested in north-east England. ADRIAN GREEN is Lecturer in History at Durham University. He is co-editor of Regional Identities in North-East England, 1300-2000 (The Boydell Press, 2007). BARBARA CROSBIE is Assistant Professor in History at Durham University, and is completing a study of The Rising Generations: Age Relations and Cultural Change in Eighteenth-Century England. Contributors: A. T. BROWN, JOHN BROWN, ANDY BURN, BARBARA CROSBIE, ADRIAN GREEN , MATTHEW D. GREENHALL, LINDSAY HOUPT-VARNER, GWENDA MORGAN, PETER RUSHTON, LEONA SKELTON, PETER D. WRIGHT, KEITH WRIGHTSON

Forfattere
Bibliotekernes beskrivelse A rich picture of the complexities of early industrial development in the north-east of England.