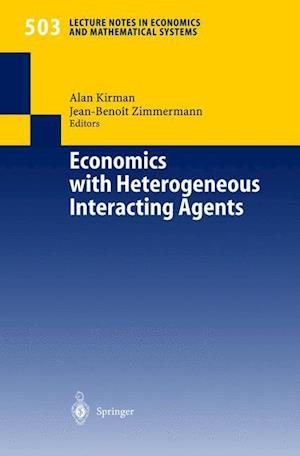 Alan Kirman* and Jean-Benoit Zimmermann** *GREQAM -Universite d'Aix-Marseille, Ecole des Hautes Etudes en Sciences Sociales, Marseille **CNRS -GREQAM, Marseille This book continues in a tradition which has developed in the annual Workshops on Economics with Heterogeneous Interacting Agents, (WEHIA). The purpose of that workshop was to analyse situations in which individual agents, who might be different from each other, interact and produce behaviour on the aggregate level which does not correspond to that of the average actor. This rupture with the well- established tradition of the "representative individual" is far from having established a central position in economics. That the relaxation of that assumption and the introduction of heterogeneous individuals might change the relationship between micro behaviour and macro phenomena is clearly spelled out by Forni and Lippi (1997). The modelling of the actual interaction between these individuals has been and remains a challenge.Early analytical attempts to introduce direct and local interaction between agents such as in the pioneering work of Follmer (1974) met with little response and the recent wave of interest associated with the names of Aoki (1996), Durlauf (1997) and Blume (1993) amongst others was twenty years in the making. Yet, the influence of other disciplines such as physics and biology in which complex interactive systems and their analysis play a central role is now making itself felt in economics and the papers in this volume reflect that fact.