Economics in the Shadows of Darwin and Marx

- Essays on Institutional and Evolutionary Themes 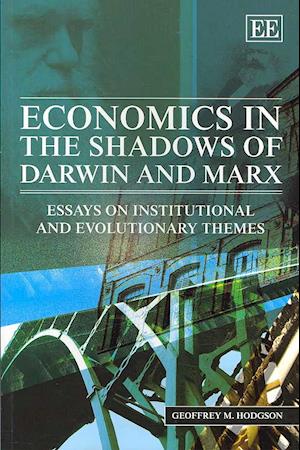 Economics in the Shadows of Darwin and Marx examines the legacies of these two giants of thought for the social sciences in the twenty-first century.Darwin and Marx stand out as the supreme theorists of structural change in complex living systems. Yet their analytical approaches are very different, and the idea that Darwinism has application to the social sciences is not widely appreciated. This collection of essays establishes the importance of Darwinism for economics and other social sciences, and compares the Darwinian legacy with that of Marx. Critical realism is just one of the tendencies within economics influenced by Marxism that is dissected here. The final part of the book adopts a Darwinian evolutionary approach to the analysis of institutions and routines. Geoffrey Hodgson's book will be warmly welcomed and received by evolutionary and institutional economists, methodologists of economics and other social sciences, heterodox economists as well as other social scientists including economic sociologists, organisation scientists and political scientists.