Economics in a Changed Universe 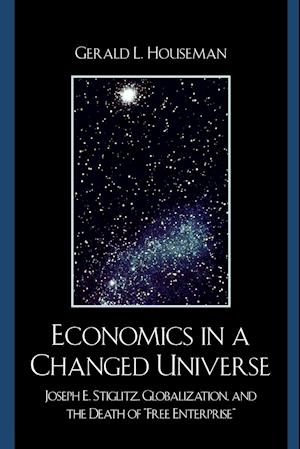 A revolution in economics, politics, and international affairs has been shaped by the new economics of information. For the first time, we are able to look at our world through a lens illuminated by a much more precise understanding of how economies work and how individuals, groups, and corporations react to them. All of the disciplines of the social sciences are affected by this development but the greatest impact we can expect will be upon public policy-making. Joseph E. Stiglitz and his fellow Nobel Prize-winners have demonstrated, with the precision and force of logic, reason, and mathematics, that the folklore of what has been regarded as 'political economy' for the past two hundred and thirty years has misled us with ideological and mystical but useless ideas such as 'free enterprise' and the immutability of market 'givens.' Houseman describes and demonstrates the new resonance, liveliness, and optimism which characterize the economics of information, calling upon his own experience with 'Third World' issues and problems. He also looks at this new (but often ignored) economics as a challenge to the existing literature of the social sciences and to the practices and assumptions of policy-makers, interest groups such as environmentalists, labor, and multinational corporations, 'think tanks,' international organizations such as the IMF and World Bank, and political activists. Effectively arguing that the changed universe of economics requires any of us concerned with world affairs to re-think and adjust our assumptions, Houseman provides us with the necessary insight to apply this new paradigm to real-world problems.