Economics and Capitalism in the Ottoman Empire 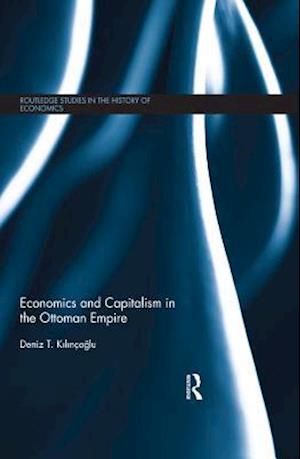 Is it possible to generate 'capitalist spirit' in a society, where cultural, economic and political conditions did not unfold into an industrial revolution, and consequently into an advanced industrial-capitalist formation? This is exactly what some prominent public intellectuals in the late Ottoman Empire tried to achieve as a developmental strategy; long before Max Weber defined the notion of capitalist spirit as the main motive behind the development of capitalism. This book demonstrates how and why Ottoman reformists adapted (English and French) economic theory to the Ottoman institutional setting and popularized it to cultivate bourgeois values in the public sphere as a developmental strategy. It also reveals the imminent results of these efforts by presenting examples of how bourgeois values permeated into all spheres of socio-cultural life, from family life to literature, in the late Ottoman Empire. The text examines how the interplay between Western European economic theories and the traditional Muslim economic cultural setting paved the way for a new synthesis of a Muslim-capitalist value system; shedding light on the emergence of capitalism-as a cultural and an economic system-and the social transformation it created in a non-Western, and more specifically, in the Muslim Middle Eastern institutional setting. This book will be of great interest to scholars of modern Middle Eastern history, economic history, and the history of economic thought.