Economic Theory and its History 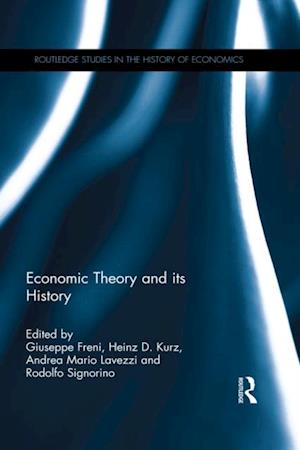 This collection brings together leading economists from around the world to explore key issues in economic analysis and the history of economic thought. This book deals with important themes in economics in terms of an approach that has its roots in the works of the classical economists from Adam Smith to David Ricardo. The chapters have been inspired by the work of Neri Salvadori, who has made key contributions in various areas including the theory of production, the theory of value and distribution, the theory of economic growth, as well as the theory of renewable and deplorable natural resources. The main themes in this book include production, value and distribution; endogenous economic growth; renewable and exhaustible natural resources; capital and profits; oligopolistic competition; effective demand and capacity utilization; financial regulation; and themes in the history of economic analysis. Several of the contributions are closely related to the works of Neri Salvadori. This is demonstrated with respect to important contemporary topics including the sources of economic growth, the role of exhaustible resources in economic development, the reduction and disposal of waste, the redistribution of income and wealth, and the regulation of an inherently unstable financial sector. All contributions are brand new, original and concise, written by leading exponents in their field of expertise. Together this volume represents an invaluable contribution to economic analysis and the history of economic thought. This book is suitable for those who study economic theory and its history, political economy as well as philosophy.