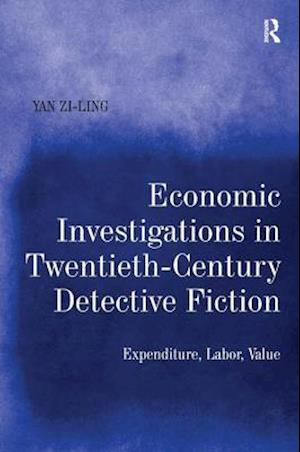 In his study of Golden Age and hard-boiled detective fiction from 1890 to 1950, Yan Zi-Ling argues that these two subgenres can be distinguished not only by theme and style, but by the way they structure knowledge, value, and productive labour. Using the detective as a reference point and enactor of socially based interests, Yan shows that Golden Age texts are distinguished by their conservationism (and not only by their conservatism), with the detectives' actions serving to stabilize institutions with specific ideological aims. In contrast, the criminal investigations of the hard-boiled detective, who is poorly aligned with institutions and strong interest groups, reveal the fragility of the status quo in the face of escalating cycles of violence. Key to Yan's discussion are theories of exchange, value, and the gift, the latter of which he suggests is more akin to detective work than is wage labour. Analyzing texts by a wide range of authors that includes Arthur Conan Doyle, Agatha Christie, Dashiell Hammett, Raymond Chandler, Dorothy Sayers, Raoul Whitfield, George Harmon Coxe, and Mickey Spillane, Yan demonstrates that the detective's truth-generating function, most often characterized as a process of discovery rather than creation, is in fact crucial to the institutional and class-based interests that he or she serves.