Economic Complexity in the Ancient Near East

- Management of Resources and Taxation (Third-Second Millenium Bc) 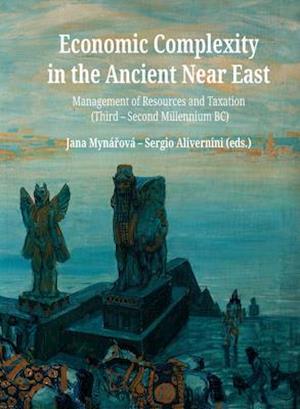 The spread of cuneiform writing from its Mesopotamian heartland to the peripheries during the second half of the third, and especially in the second millennium BC, represents an important historical and cultural phenomenon. From the beginning of the second millennium BC cuneiform writing became the privileged means through which the administrations of these "peripheral" centers recorded economic transactions. These documents (taxes, rations, sales, etc.) shed a fascinating light on the economic system in these regions. Thousands of administrative documents allow us to follow the process of the development of economic thought that, starting from Mesopotamia, was taken and adapted to specific administrative realities throughout the wider regions of the Ancient Near East. The 19 essays collected here elucidate the emergence, transmission, and interaction of economic structures and the management of resources in time and space. Through a diachronic study, the volume identifies similarities, differences, and adaptations in the economic management of resources and taxation in the Ancient Near East (third - second millennium BC).

Forfattere
Bibliotekernes beskrivelse A collection of essays on the emergence, transmission and interaction of economic structures and management of resources in the 2nd and 3rd millennium BCE in Mesopotamia.