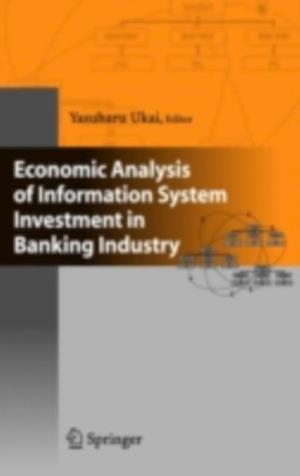 This is an academic book that explains in reahty, examines theoretically, and analyzes statistically information system investment in the banking industry with regard to the process of the information technology revolution. This kind of comprehensive research on the banking industry is the first in the world. It could be seen as an application study for Japanese financial deregulation after 1997. However, our project, the Workshop of Information System Investment, is a theoretical research venture, consisting originally, when it began in 1994, of economists and computer scientists. It aimed to measure the effect of com- puter hardware and software on the modern economy, based on the microdata of each firm, and to extend the frontiers of economic science. It was, coin- dentally, the time when this project began full-scale operation, in July 1997, that the voluntary closure of Yamaichi Securities was decided. The failure of the Hokkaido Takushoku Bank was disclosed in November of the same year, and the breakdown, temporary nationalization, buying out, and mergers of several banks succeeded one another. Our research therefore suddenly got into the social spotlight on the application stage. Part I is the first history and strategic guidelines of information systems in the banking industry. Part II summarizes the economic analyses of informa- tion system investment in the United States, Europe, and Japan. These parts are foundations for the statistical analyses in Part III.