- An Ethnography of Endangerment in Hong Kong 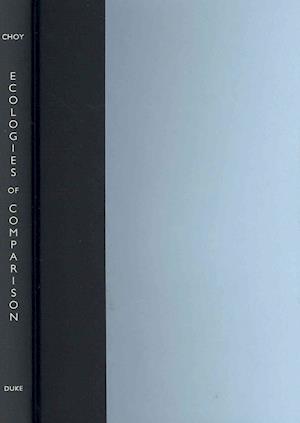 A rich ethnography of ecopolitics in Hong Kong in the late 1990s, as the region shifted to Chinese sovereignty, Ecologies of Comparison describes how ecological concepts of uniqueness and scale resonated among environmentalists, including those seeking to preserve a species of white dolphin, to protect an aging fishing village from redevelopment, and to legitimize air quality as an object of political and medical concern. During his research, Tim Choy became increasingly interested in the power of the notion of specificity. While documenting the expert and lay production of Hong Kong's biological, cultural, and political specificities, he began comparing the logics and narrative forms that made different types of specificity-such as species, culture, locality, and state autonomy-possible and meaningful. He came to understand these logics and forms as "ecologies of comparison," conceptual practices through which an event or form of life comes to matter in environmentalist and other political terms. Choy's ethnography is about environmentalism, Hong Kong, and the ways that we think about environmentalism in Hong Kong and other places. It is also about how politics, freedom, culture, expertise, and other concepts figure in comparison-based knowledge practices.