Echoes of Trauma and Shame in German Families 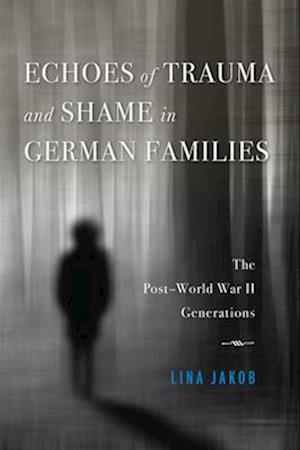 A study of the generation of Germans dealing with the psychological effects of the parents' and grandparents' experiences during and after World War II.How is it possible for people who were born in a time of relative peace and prosperity to suddenly discover war as a determining influence on their lives?For decades to speak openly of German suffering during World War II-to claim victimhood in a country that had victimized millions-was unthinkable. But in the past few years, growing numbers of Germans in their 40s and 50s calling themselves Kriegsenkel, or Grandchildren of the War, have begun to explore the fundamental impact of the war on their present lives and mental health. Their parents and grandparents experienced bombardment, death, forced displacement, and the shame of the Nazi war crimes. The Kriegsenkel feel their own psychological struggles-from depression, anxiety disorders, and burnout to broken marriages and career problems-are the direct consequences of unresolved war experiences passed down through their families.Drawing on interviews, participant observation, and a broad range of scholarship, Lina Jakob considers how the Kriegsenkel movement emerged at the nexus between public and familial silences about World War II, and critically discusses how this new collective identity is constructed and addressed within the framework of psychology and Western therapeutic culture.'This complex story is engagingly told through highly readable life histories and analysis, and provides much to think about concerning the aftermath of traumatic histories.' -Francesca Merlan'Jakob brilliantly traces the transgenerational impact of World War II, and the trauma and shame of Germany's dark past that still haunts individuals and scars families. A searing inquiry into the multilayered meanings of public rituals, social memories and emotional suffering of a generation-painfully struggling with the inheritance of war and loss. An outstanding achievement.' -Assa Doron