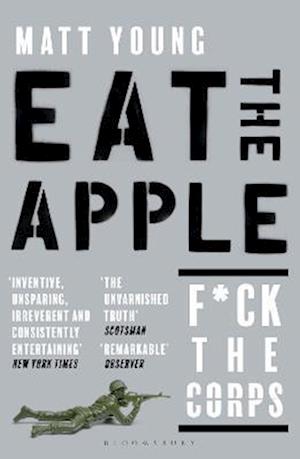 'Matt Young has written the Iliad of the Iraq War ... This book will strengthen your heart and soul' Tim Weiner, winner of the Pulitzer Prize and the National Book AwardMatt Young joined the Marine Corps aged eighteen, after a drunken night that culminated in him crashing his car into a fire hydrant. The teenage wasteland he fled followed him to the training bases of California. Young survived training and then three deployments to Iraq as an infantryman.Eat the Apple is the response to those years. Visceral, ironic, self-lacerating and ultimately redemptive, Young's story drops us unarmed into Marine Corps culture and lays bare the vulnerability of those on the front lines and the motivations that drove a young man to a life at war. Inventive and unputdownable, Eat the Apple is a powerful coming-of-age story about the devastating consequences of war.