- War and Peace in the Asian Century 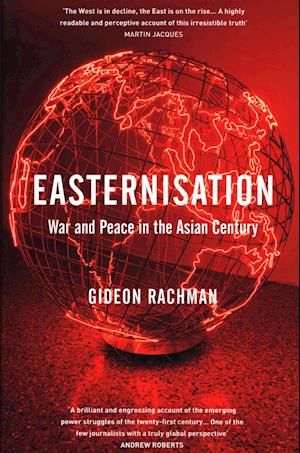 The West's domination of world politics is coming to a close. The flow of wealth and power is turning from West to East and a new era of global instability has begun.Easternisation is the defining trend of our age - the growing wealth of Asian nations is transforming the international balance of power. This shift to the East is shaping the lives of people all over the world, the fate of nations and the great questions of war and peace. A troubled but rising China is now challenging America's supremacy, and the ambitions of other Asian powers - including Japan, North Korea, India and Pakistan - have the potential to shake the whole world. Meanwhile the West is struggling with economic malaise and political populism, the Arab world is in turmoil and Russia longs to reclaim its status as a great power. We are at a turning point in history: but Easternisation has many decades to run. Gideon Rachman offers a road map to the turbulent process that will define the international politics of the twenty-first century.