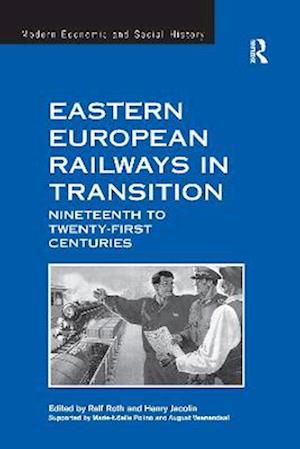 During the nineteenth century, railway lines spread rapidly across Europe, linking the continent in ways unimaginable to previous generations. By the beginning of the twentieth century the great cities of the continent were linked by a complex and extensive rail network. Yet this high-point of interconnectivity, was abruptly cut-off after 1945, as the Cold War built barriers - both physical and ideological - between east and west. In this volume, leading transport history scholars take a fresh look at this situation, and the ramifications it had for Europe. As well as addressing the parallel development of railways either side of the Iron Curtain, the book looks at how transport links have been reconnected and reconfigured in the twenty years since the reunification of Europe. In particular, it focuses upon the former communist countries and how they have responded to the challenges and opportunities railways offer both nationally and internationally. Including contributions from historians, researchers, policy makers, representatives of railway companies and railway museum staff, the essays in this collection touch upon a rich range of subjects. Divided into four sections: 'The Historical Overview', 'Under Russian Protection', After the Fall of the Iron Curtain, and 'The Heritage of Railways in Eastern Europe' the volume offers a broadly chronological introduction to the issue, that provides both a snap-shot of current debates and a starting point for further research. It concludes that in an era of increased globalisation and interconnectivity - and despite the rise of air and road transport and virtual methods of communication - railways still have a crucial role to play in the development of a prosperous and connected Europe.