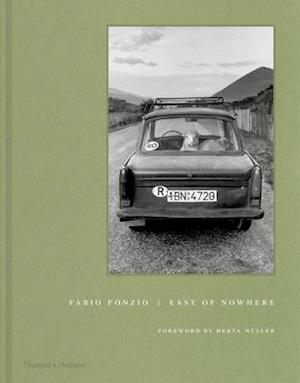 In 1987, photographer Fabio Ponzio traveled to Poland and witnessed how poor the conditions were there. With little food in the shops and immense lines to buy necessities, the country was on the verge of collapse. When he visited other Eastern European countries, Ponzio encountered similar situations and communities where fear and violence ran rampant. Then, in the autumn of 1989, everything changed when the various regimes of communist countries, from Budapest to Bucharest, began to crumble, one after another.

Armed with three Nikons and one hundred rolls of film, Ponzio traveled across Eastern Europe, documenting lives that had been rife with pain and sacrifice, and recording a new energy, full of hope, that began to emerge after the fall of the Berlin Wall. For two decades, he returned to capture the traditions, faith, humility, courage, and strength of the people of Eastern Europe.

From a previously unpublished and award-winning talent, East of Nowhere is an exquisite collection of black-and-white photographs that illuminate the recent physical and ideological divisions between Western and Eastern Europe, while offering a sympathetic and hopeful vision of the human condition.