- From Docklands to Crossrail 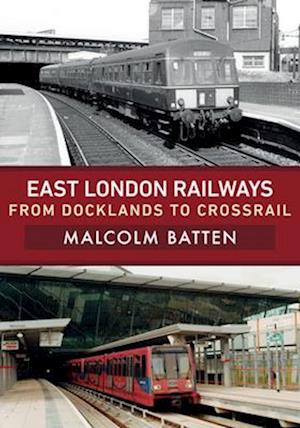 Britain's railways in the early 1970s looked to be in terminal decline. The Beeching cuts of the 1960s had slashed much of the network, but still lines were closing and underinvestment left much of the rest in a sorry state. Since then, there has been privatisation and transformation (although whether these are cause and effect are debatable) to a situation now where passenger travel is booming. Nowhere has change been more pronounced than in East London. The redevelopment of the former docks into Docklands led to the construction of the Docklands Light Railway in the late 1980s, and the rejuvenation of other lines. The Millennium Dome celebrations and the award of the Olympic Games to Stratford each justified investment in new lines and facilities. But most of all, London's growing population has required transport, and particularly rail investment, to keep the city moving. Crossrail is the largest single investment, linking east and south-east London through the City and West End to Heathrow and Reading in the west. This book charts the changes to East London's railways from the 1970s to the opening of Crossrail.