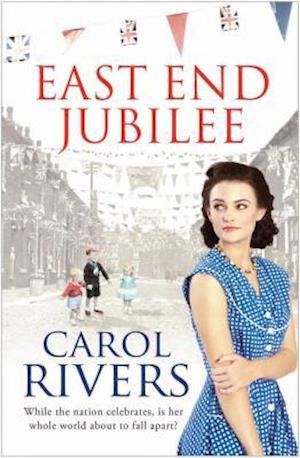 June 2nd, 1953. The residents of Ruby Street in London's East End are celebrating the new Queen's coronation. It's a day of joy and laughter, a new beginning for a nation still in the grip of rationing, still suffering the aftermath of the Blitz. But for Rose Weaver, the day ends in tragedy when her husband Eddie is arrested on suspicion of theft. It's only the first of several shocks as Rose discovers some unpleasant facts about the man she married eight years before, the man she thought she knew so well. Struggling to provide for herself and her two daughters, Rose realises that she'll need the help of family, friends and the good neighbours of Ruby Street if she's to have any chance of pulling through. And when a handsome salesman knocks at her door, it's hard to resist temptation . . . Previously published with the title 'Rose of Ruby Street'

Forfattere
Bibliotekernes beskrivelse A compelling tale of courage in the face of tragedy in the East End, set at the time of the Queen's coronation.