- An Alien Enterprise: The shocking truth behind the greatest cover-up in human history 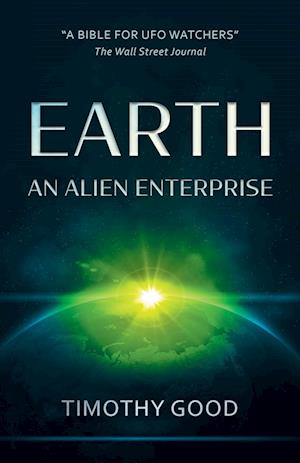 Earth: An Alien Enterprise focuses on unpublished or little-known contacts with aliens, the infiltration thereof, and Earth's top-secret liaison programmes.

This fascinating new edition tells the story of contact between aliens and humans from all across the globe, dating back to 1932, including meetings with military personnel and American presidents such as Eisenhower and Kennedy.

For the first time, a former member of MI6 reveals her conversation with Neil Armstrong at a NASA conference, when he confirmed that there were "other" spacecraft on the Moon when Apollo 11 landed in 1969.

Further evidence included in this book are genuine photographs of aliens and their craft, NATO special forces shown film of a crashed alien craft and survivor, and, perhaps most sinister, injured aliens cared for by military personnel in the US and UK...

Earth: An Alien Enterprise forces us to consider carefully the evidence and data that has stacked up over the years and to ask ourselves the perennial human question: are we alone in the universe?