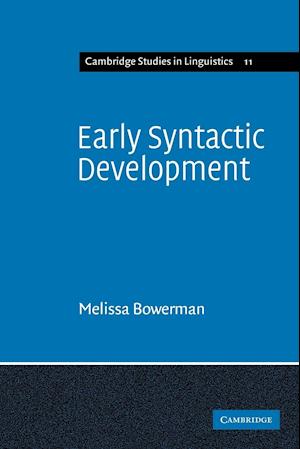 First published in 1973, this important work was the first systematic attempt to apply theoretical and methodological tools developed in America to the acquisition of a language other than English. Dr Bowerman presents and analyses data from a longitudinal investigation of the early syntactic development of two Finnish children, and compares their speech at two stages of development with that of American, Samoan and Luo children. The four language families (Finno-Ugric, Indo-European, Malayo-Polynesian and Nilotic respectively) with very different structures, and this is the first systematic comparison of the acquisition of several types of native language within a common analysis. Similarities in the linguistic behaviour of children learning these four different languages are used to evaluate hypotheses about universals of language, and to generate new proposals.