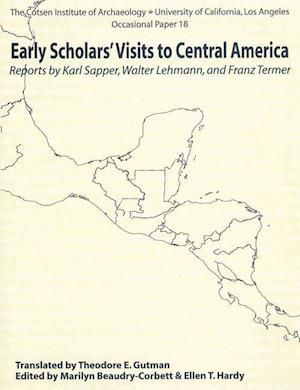 This volume presents translations of essays by three German scholars who were preeminent in the social and natural science study of Central America in the early part of the twentieth century. Their research areas included ethnology, archaeology, geography, linguistics, and epigraphy. Their detailed observations of traditional cultures and archaeological remains provide important primary data. Because their writings have been available only in the original German-language journals, the work of these scholars is unfamiliar to many researchers. The chapters report on specific visits to parts of Central America but also include more synthetic coverage of topics such as the influence of Bartolome de las Casas on Indian life in Guatemala and food and drink as well as religion of the Q'eqchi' in Guatemala. The visited places include Pacific coastal and highland Guatemala, the Pech area of Honduras, and zones of Costa Rica inhabited by the Guatuso, Chirripo, and Talamanca Indians.