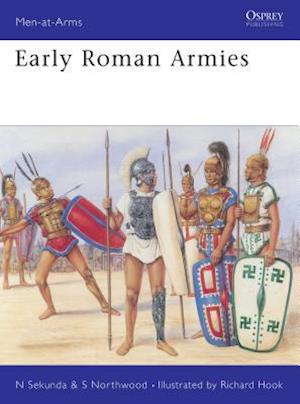 The early Romans were only one of a number of peoples that inhabited Iron Age central Italy. From the 8th to the 3rd century BC, the Romans undertook territorial expansion, and conflict with neighbouring tribes and cultures resulted in open war, most notably with the Samnites. Alliances were created, too, but the rise of Rome was unstoppable. This title covers the equipment, weaponry and dress of the early Romans, from the traditional foundation in 753 BC to the third century BC, where the dominance of Rome was beyond challenge. It also deals with developments in warfare, covering the early cavalry, the pre-Hoplite Army, the Hoplite Army and the Manipular Army. Etruscan, Latin, and Samnite warfare is also discussed.