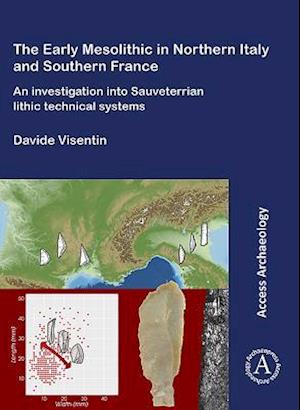 The Sauveterrian represents one of the main cultural aspects of the European Early Mesolithic. In this work, its presumed uniformity-mostly based on typological grounds-is questioned with the purpose of assessing and verifying the relationships existing between the two central areas of diffusion of this complex: southern France and northern Italy. A broad technological approach, combining complementary analytical techniques, was applied to the study of a series of French and Italian lithic assemblages. More specifically, these were investigated with the aim of reconstructing the entire reduction sequences, from the procurement of lithic raw materials to the use and discard of tools. Results indicate that the two regions responded to the same conceptual scheme and their respective lithic technical systems shared the same rationale: an extremely optimized technology, not opportunistic in the least, but issued from a careful strategic planning. Nonetheless, in the context of this generalized behaviour, a consistent variability can be found, marked by differences of both 'stylistic' and technical nature especially regarding the processes for producing microlithic armatures. At a general level, in the context of the important environmental changes that characterized the Late Glacial to Early Holocene transition, the emergence of Sauveterrian technology was fundamental in allowing the development of a complex settlement structure, characterized by a mobility system based on relatively short distances and with a strong logistic component.

Forfattere
Bibliotekernes beskrivelse A technological analysis of lithic assemblages from southern France and Northern Italy, this work aims to reconstruct the entire reduction sequence, from the procurement of lithic raw materials to the use and discard of tools. 96 illustrations, 167 tables