Early Civilizations of the Old World

- The Formative Histories of Egypt, The Levant, Mesopotamia, India and China 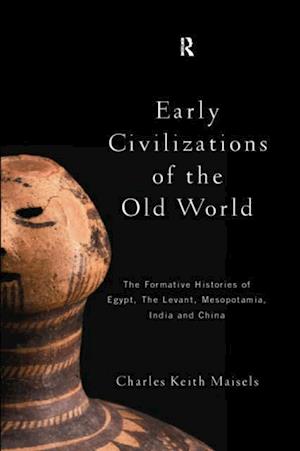 In this new paperback edition of Early Civilizations of the Old World, Charles Keith Maisels traces the development of some of the earliest and key civilizations in history. In each case the ecological and economic background to growth, geographical factors, cross-cultural intersection and the rise of urbanism are examined, explaining how particular forms of social structure and cultural interaction developed from before the Neolithic period to the time of the first civilizations in each area. This volume challenges the traditional assumption of a band-tribe-chiefdom-state sequence and instead demonstrates that large complex societies can flourish without social classes and the state, as dramatically shown by the Indus civilization. Such features as the use of Childe's urban revolution theory as a means of comparison for each emerging civilization and the discussion of the emergence of archaeology as a scientific discipline, make Early Civilizations of the Old World a valuable, innovative and stimulating work.