indgår i serie Literatures, Cultures, and the Environment 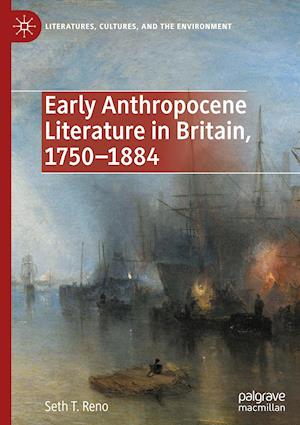 This book questions when exactly the Anthropocene began, uncovering an "early Anthropocene" in the literature, art, and science of eighteenth- and nineteenth-century Britain. In chapters organized around the classical elements of Earth, Fire, Water, and Air, Seth Reno shows how literary writers of the Industrial Era borrowed from scientists to capture the changes they witnessed to weather, climate, and other systems. Poets linked the hellish flames of industrial furnaces to the magnificent, geophysical force of volcanic explosions. Novelists and painters depicted cloud formations and polluted urban atmospheres as part of the emerging discipline of climate science. In so doing, the subjects of Reno's study-some famous, some more obscure-gave form to a growing sense of humans as geophysical agents, capable of reshaping Earth itself. Situated at the interaction of literary studies, environmental studies, and science studies, Early Anthropocene Literature in Britain tells the story of how writers heralded, and wrestled with, Britain's role in sparking the now-familiar "epoch of humans."