Earl Warren and the Warren Court 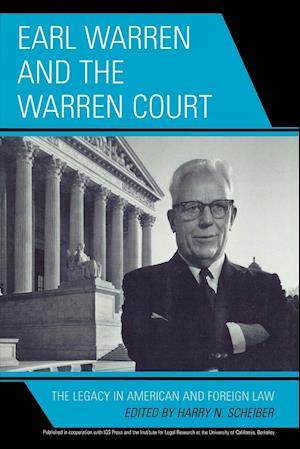 Earl Warren and the Warren Court comprises essays written by leading experts from the fields of law, history, and social science on the most important areas of the Warren Court's contributions in American law. In addition, Scheiber includes appraisals of the Warren Court's influence abroad, written by authorities of legal development in Europe, Latin America, Canada, and East Asia. This book offers a unique set of analyses that portray how innovations in American law generated by the Warren Court led to a reconsideration of law and the judicial role-and in many areas of the world, to transformations in judicial procedure and the advancement of substantive human rights. Also explored within these pages are the personal role of Earl Warren in the shaping of "Warren era" law and the ways in which his character and background influenced his role as Chief Justice.