Dynamics in One Dimension

- Coppel, W: Dynamics in One Dimension 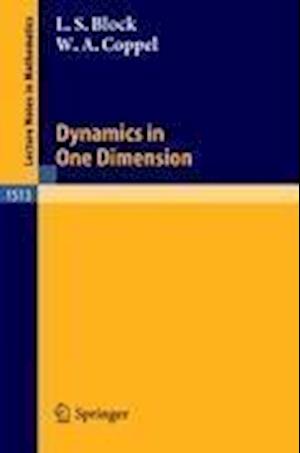 The behaviour under iteration of unimodal maps of aninterval, such as the logistic map, has recently attractedconsiderable attention. It is not so widely known that asubstantial theory has by now been built up for arbitrarycontinuous maps of an interval. The purpose of the book isto give a clear account of this subject, with completeproofs of many strong, general properties. In a number ofcases these have previously been difficult of access. Theanalogous theory for maps of a circle is also surveyed.Although most of the results were unknown thirty years ago,the book will be intelligible to anyone who has mastered afirst course in real analysis. Thus the book will be of usenot only to students and researchers, but will also providemathematicians generally with an understanding of how simplesystems can exhibit chaotic behaviour.